The Measuring Up Podcast was the UK’s first and favourite commercial joinery podcast. It ran for 50 episodes from 26th March 2018 through to 24th February 2020. The show was hosted by Andy MacLellan (Gosforth Handyman on YouTube) and Peter Millard (10 Minute Workshop on YouTube) discussing the world of commercial woodworking from a UK perspective but to an international audience. Andy and Peter chat about everything from winning customers through to tool talk and the daily challenges of self employment. It’s very much a “2 blokes talking” style of podcast. The show was completely independent and privately funded via Patreon.

The show was launched on 26th March 2018 and went out every 2 weeks, running in seasons of 10 episodes per season. From episode 11 onwards (season 2) an additional Patreon-only exclusive aftershow was released alongside the public episode. Then from episode 33 onwards the show evolved to include a special additional full weekly episode on Patreon (instead of the aftershow). Each episode went live on a Monday morning.

The show is still available through all common podcasting platforms and apps including:

At the time of writing the show had almost 250 5-star reviews on iTunes. 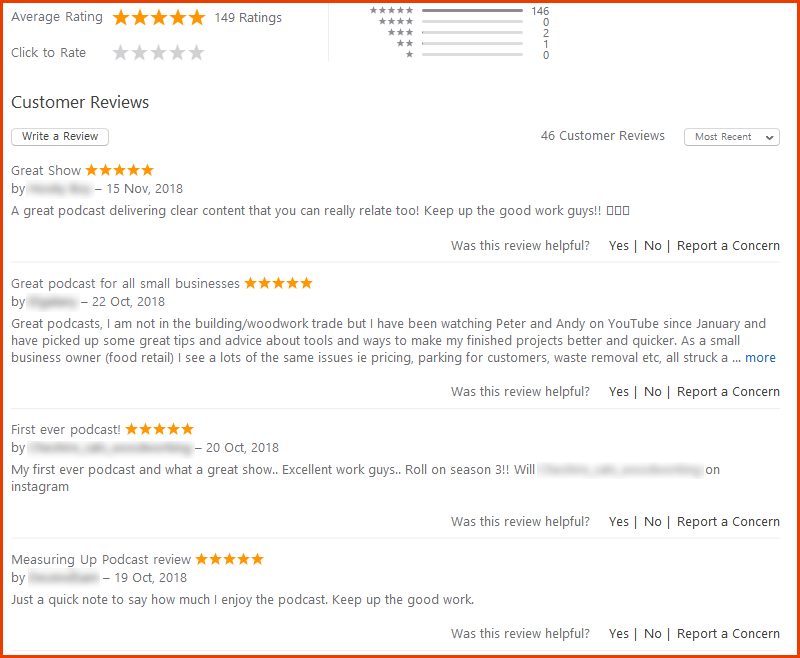 In terms of show geography, it was very much UK-based content but to an international audience. 71% of listeners were from the UK, 10% from the States, 4% from Australia and the remainder spread throughout the EU and rest of the planet.

80% of listeners used mobile applications to listen to the show. Over 50% were using some form of Apple device. 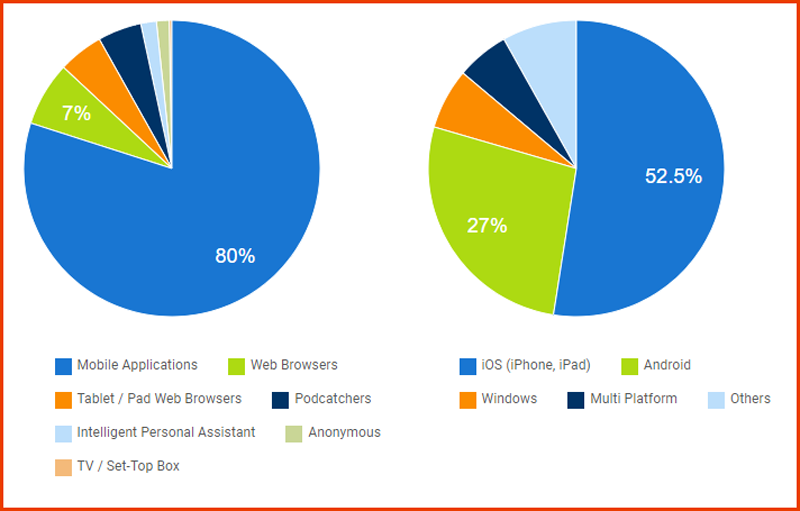 Stats and figures gathered in November 2018.